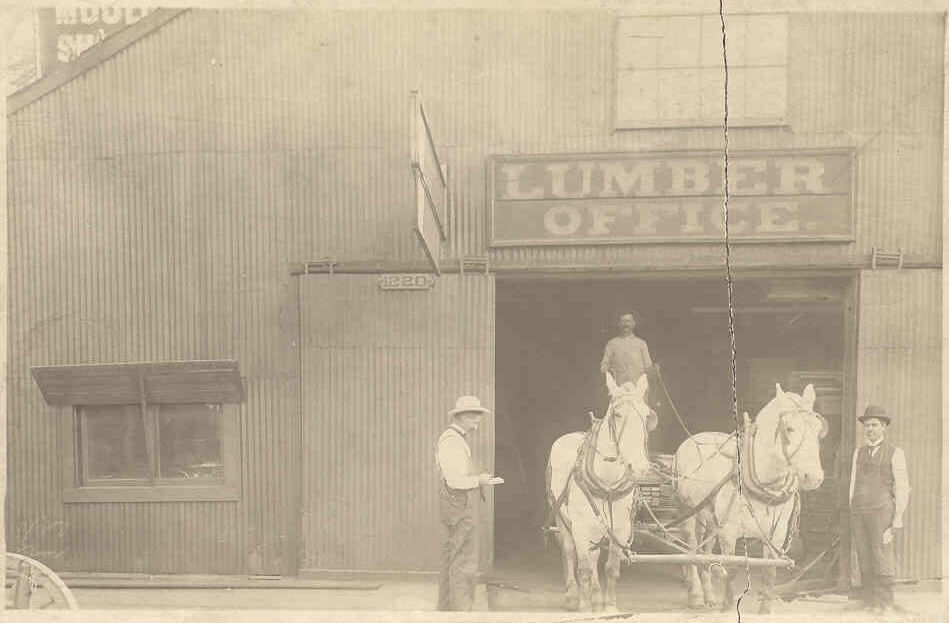 Local deliveries were accomplished with horse drawn lumber wagons. This is the inspiration for the company logo...

Horace Compton, founder of Compton Lumber & Hardware, completed his education at Central School in Seattle. While working as a surveyor for the Northern Pacific Railway, Horace purchased several parcels of land that would later prove to be excellent investments which included over 2,000 front feet on the Northwest shoreline of Lake Sammamish.

Horace's granddaughter, Merrillann (Glass) Hutchinson, along with her husband, David, presently reside on the original property where the H. F. Compton Summer cabin was located.

For a time in the late 1880s, Horace worked for David F. Denny (an original Seattle pioneer) at his company, Western Lumber Mill. Horace performed various roles which aided in obtaining valuable business and trade experience.

In 1892, Seattle experienced a severe economic depression. Mr. Denny lost most of his resources, along with the mill. It was during this pivotal year that Horace started Compton Lumber & Hardware. The business was established facing the famous old "Red Depot" at the foot of Columbia Street, with a capital investment of $300.00.

Outgrowing the dockside location within a few years, Horace relocated business to the old Seattle and International depot next to the turntable of the Madison Street cable, now known as Madison Street and Western Avenue. While at this site, and during the next two locations, Horace utilized freight cars provided by the Seattle Electric Company to ship large quantities of material via cable car to Madison Park and other areas on the other side of the hill. Local deliveries were accomplished with horse-drawn lumber wagons. This is the inspiration for the company logo.

In the early 1910s, Horace moved the business closer to the Farmers Market (today known as Pike Place Market). This area of Seattle was quickly becoming a focal center of commerce and activity. In 1923, Horace passed away leaving the management to his eldest son, Frank Allison Compton. Continued growth demanded more space. Frank A. purchased a triangular lot just north of the market which became known as 2109 Western Avenue. Today, a restaurant, parking garage, and office complex are occupying the 2109 location. The company continued under the guidance of Frank A. until his passing in 1943 at which time his eldest son, Frank Horace Compton, took over.

With the construction of the Alaska Way Viaduct in 1950, the business was again forced to move due to lack of space. A four-story warehouse was available just 4 blocks North; this location, 2315 Western Avenue, became the home for Compton Lumber & Hardware for 36 years. 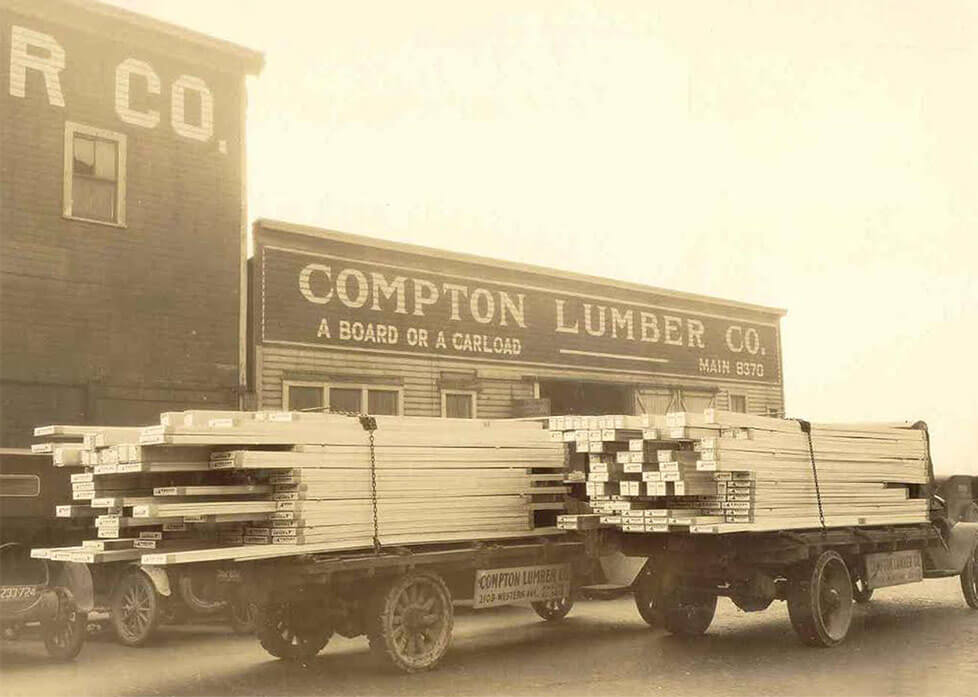 In its 128th year, Compton Lumber & Hardware continues to maintain its strong philosophy on quality merchandise... 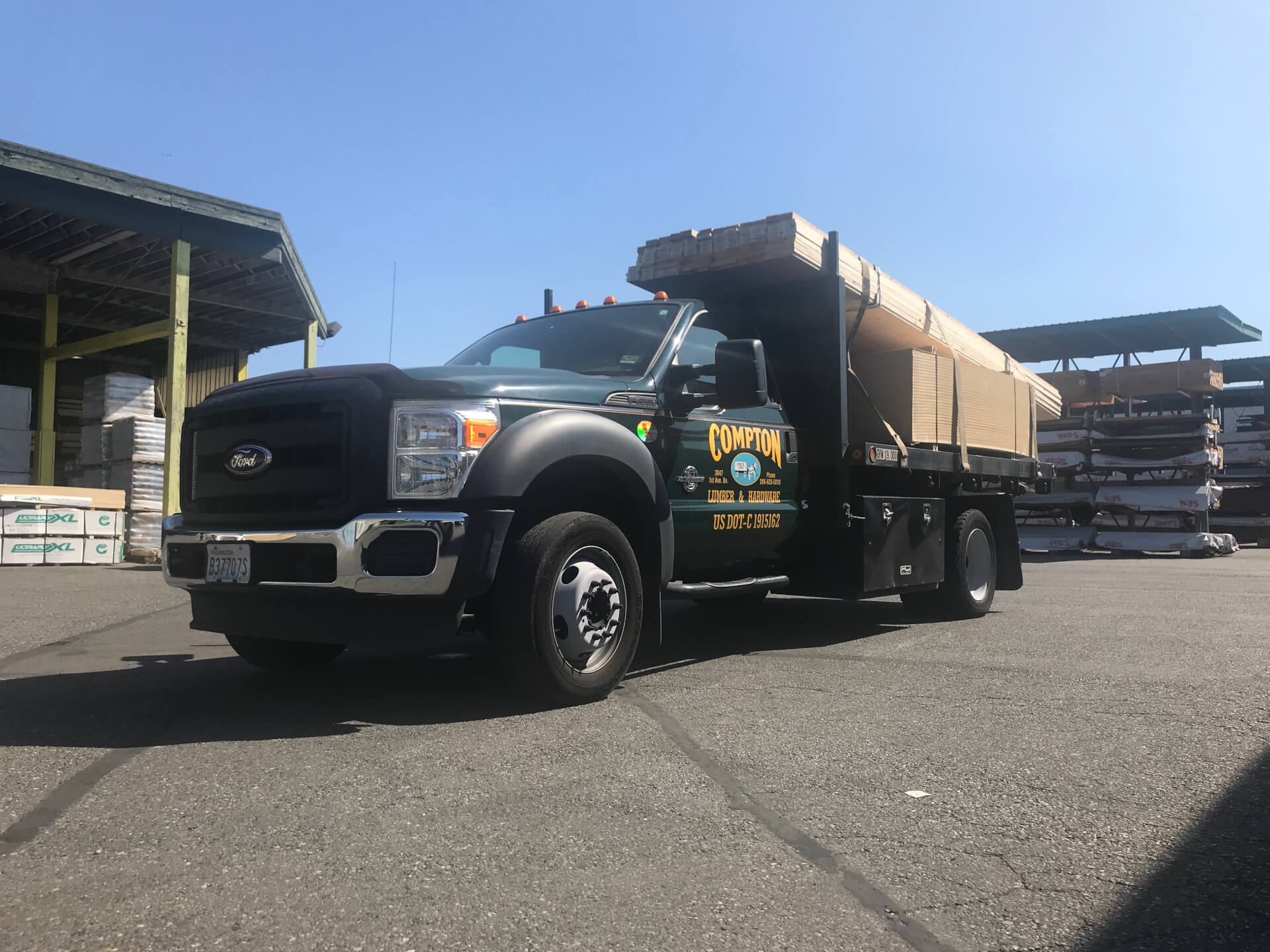 Compton Lumber & Hardware is dedicated to your satisfaction as a customer...

In the Hands of Robert O. (Bob) Compton

Frank H. fell suddenly ill and passed away in 1959, leaving Compton Lumber & Hardware in the hands of his younger brother Robert O. (Bob) Compton. In 1986, Bob was responsible for relocating the business to 3847 First Avenue South in Seattle. Bob was at the helm of Compton Lumber & Hardware for 35 years. His tenure extended to 47 years and ended on December 31, 1994 upon his retirement. He, along with his wife Pat, enjoyed their retirement by residing in the Seattle area during the Summer and in Sun City West, Arizona, during the Winter. Bob tragically succumbed to medical complications following bypass heart surgery on December 6, 2001.

Upon Bob's retirement, Frank H. Compton's son, John Frank Compton, took over to lead the company into the 21st century. The family tradition continued with Bob's eldest son, Steve, working alongside John and assisting with daily activities of the business. John's son, Greg, represented the fifth and last generation on payroll with Compton Lumber as ownership transferred to Stacey Holdings LLC in 2018.

After one and a quarter century, Compton Lumber & Hardware continues to maintain its strong philosophy on quality merchandise, fair pricing, attention to detail, and service that is second to none. Some existing customers have been patrons since the early 1900s, as a testimony to this philosophy. It is a well-earned source of pride for the Compton family to have kept the business "in the family" all of these years, and to move forward in good hands that uphold the values of our founder and their children whom committed to providing quality service for Seattle ever since our modest beginning in 1892.

The entrepreneurial spirit continues to grow within the existing family members, much as it did in the late 1800s with Horace.

The prospect for continued success is guaranteed well into the twenty-first century. 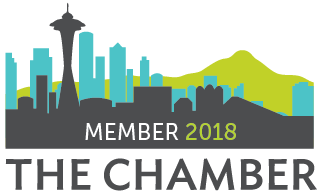